Nine Types of Cyber Attacks Organizations Must Prepare For 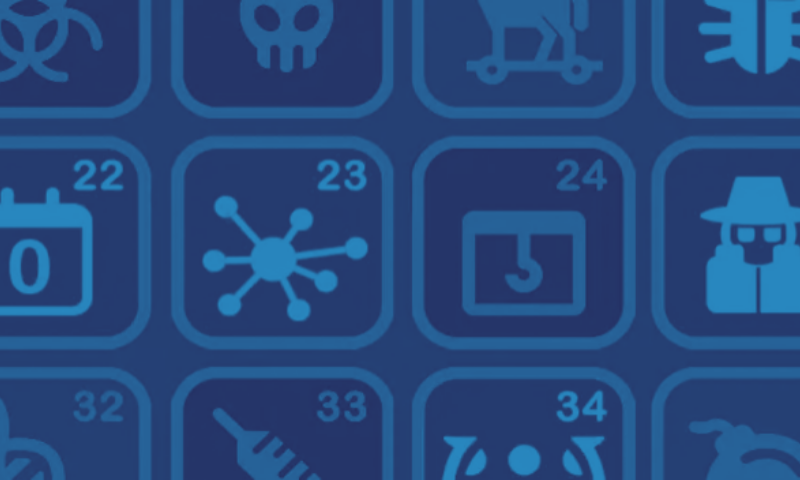 As an IT security professional, you must be hyper-aware of all the possible types of cyber attacks to your network and your business. This has always been one of the most difficult parts of your job, considering the ingenuity and perseverance of the criminals we must guard against, and how frequently cyber attacks can multiply as our systems (and the technology we rely on) evolve and expand. And now, your security operations processes are further challenged as your workforce shifts to 100% remote.


1. Network intrusion
Intrusion refers to any unauthorized activity on your network, stealing valuable resources that result in placing your organization’s security at risk.There are a number of common cyber attack techniques that make up network intrusions, including multi-routing, covert scripts, protocol impersonation, and traffic flooding. Network intrusions often present as unusual behavior, but not necessarily abnormal, which makes them difficult to detect and thus, slip under manual surveillance.

2. Ransomware
Perhaps the most vicious of security threats posed by cybercriminals, ransomware seeks to hold business systems hostage for the purpose of extorting money from victims. It is one of the most common cyber attack models being used today, in large part because this type of attack is successful and often results in payouts in the tens of millions. Over the years we’ve seen several examples of why ransomware is one of the most effective and dangerous types of cyber attacks.

What does a ransomware attack look like? An attack often begins with an on-screen notification that data on your network has been encrypted and will remain inaccessible until the specified ransom has been paid, and a decryption key will follow. Failure to pay results in the key being destroyed, rendering the data inaccessible forever.

3. Insider threats
Security insider threats occur when someone close to an organization with authorized access misuses that access to compromise your company’s data or critical systems. Insiders do not have to be employees; they can also pose as partners, third-party vendors, and contractors. That’s the most difficult aspect of detecting an insider security threat—it begins with humans, not systems.

4. Brute force attacks
We’ve all seen an action movie where the criminal mastermind uses a high-powered computer to cycle through thousands of passwords in order to access a government facility. Well, this common cyber attack is not necessarily the stuff of fiction. That is essentially a brute force attack—letting the computer do the work, trying possible combinations of usernames and passwords until it finds the right one.

5. DDoS attacks
A distributed denial of service (DDoS) attack takes place when criminals attempt to disrupt normal traffic on a network or to a server or system. Typically this is done by overwhelming the target’s infrastructure with a flood of internet traffic. Think of it like a traffic jam clogging up the highway, preventing normal traffic from arriving at its destination.

6. Data exfiltration
Data exfiltration is the unauthorized movement of data outside of your organization. This common cyber attack is often conducted manually—for example, information stolen with a printer or a thumb drive by someone with access to company systems or through external malicious actors who have gained access. It can also be executed via outbound email, transmitted to a third party as a file attachment, or via file transfer to an insecure local device such as a smartphone, laptop, camera, or external drive.

7. Malware
Short for malicious software, malware is code developed by criminals and designed to gain unauthorized access to a network or cause severe damage to data or systems. Malware is typically delivered in the form of a link or file over email and requires the user to click on the link or open the file to execute the malware.It is one of the oldest types of cyber security threats (first appearing in the 1970s) but remains one of the most effective, preying on human nature.

9. Policy violations
Cybersecurity policies and guidelines outline rules for items such as network access, data access, use of passwords, encryption, as well as dictate a hierarchy of access permissions—that grant users access only to what is necessary for the completion of their work— specifies these rules for individuals, as well as groups of individuals throughout the company.

One solution for many cyber threats
ARIA Cybersecurity Solutions has developed a single platform for enterprise-wide automated threat detection and containment of all sorts of threats: the ARIA Advanced Detection and Response (ADR) solution.

This solution includes threat models for every known type of cyber attack, leveraging machine learning (ML) and dynamically created rule sets to find each threat by telltale behavior patterns. The ARIA ADR application self-correlates the individual behaviors to verify the threat, its target, and its progress through the kill chain before declaring an alert. By this process, it eliminates false positives and elevates high-priority attack alerts.

Examples of cyber threat telltale behaviors include lateral spread, new or threatening log-in behaviors, new data connections to critical resources, and many more. There are hundreds of behaviors, most of which are innocuous until they are put into context as a series of activities that match cyber threat behavior clusters in our threat models.

The result is that threats can’t hide. The application doesn’t need signatures or continuous community updates on the latest type of threat. Analysts don’t need to create any rules or perform searches—the system does all that. This means that when an alert is generated, it is real and it is actionable.

Unlike so many other cybersecurity vendors and products, we provide visibility into the entire network, not just the perimeter. The end result is a powerful cybersecurity solution that fully automates threat detection and response and delivers a complete “SOC in a box.” This enables today’s organizations to:
- Stop more threats with improved visibility, analytics, speed, and accuracy
- Take advantage of a single platform to replace multiple IR tools and effective processes
- Reduce the need for 24x7 highly-trained, expensive resources

Don’t let any of these nine threats affect your business operations. Learn how an automated solution can help you detect and automatically stop threats and attacks today.