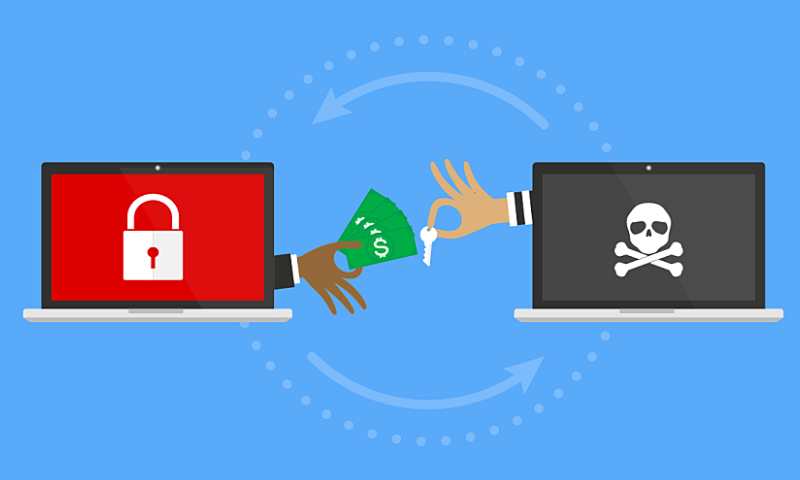 A closer look at ransomware: what is it, why is it so devastating, and why aren’t we doing a better job at preventing it? This blog also describes an innovative new cybersecurity solution and shows how it can automatically detect and stop  ransomware attacks and other intrusions—before they can do damage.

The most recent ransomware statistics are quite alarming.  It has become the fastest growing, most damaging, and the go-to method for cybercriminals according to the U.S. Cyberspace Solarium Commission (CSC).  Also, a recent article in Cybercrime Magazine, predicted that in 2021 a ransomware attack will occur every 11 seconds.

A February 2020 article in the New York Times explained that in recent attacks, the hackers often spent months quietly scouting out the inner workings of potential victims’ computer networks to ensure that their attack successfully encrypted every important file. Then, once a ransomware attack is successful, the ransom fees can range from tens of thousands to hundreds of thousands, with the average payment clocking in at $220K. By the end of 2021, damages from ransomware attacks, worldwide, could reach $20 billion dollars.

In this blog, we’ll discuss what makes ransomware so hard to find and stop, as well as what steps can be taken to prevent ransomware attacks in the future.

As a refresher, ransomware is a form of malware that infects and locks down computers, networks, and mobile devices, so that cybercriminals can  force victims to pay a ransom in order to get decryption keys and  regain access to critical files and data.

Cybercriminals often take another step and weaponize ransomware by ensuring decryption upon payment, but then threaten to release the files unless an increased amount of ransom is not paid.  Organizations that are victims of ransomware face an average of 23 days in downtime.

More specifically,  there  are two types of ransomware:

Q1 of 2021 here are 10 of the highest-profile ransomware and other cyber attacks worldwide.

Australian broadcaster Channel Nine was hit by a cyber attack on March 28, 2021, which rendered the channel unable to air its Sunday news bulletin and several other shows. The attack also interrupted operations at the network’s publishing business since it also forced several of the publishing tools to go down, too. Although the channel first claimed that the inconvenience was just due to “technical difficulties,” it later confirmed the cyber attack.

In March 2021, the London-based Harris Federation suffered a ransomware attack and was forced to temporarily disable the devices and email systems of all the 50 secondary and primary academies it manages. This resulted in over 37,000 students being unable to access their coursework and correspondence.

One of the biggest cyber insurance firms in the U.S., CNA Financial suffered a ransomware attack on March 21, 2021. The cyber attack disrupted the organization’s customer and employee services for three days as CNA was forced to shut down to prevent further compromise. The cyber attack utilized a new version of the Phoenix CryptoLocker malware, which is a form of ransomware.

A mass cyber attack affected millions of Microsoft clients around the globe, wherein threat actors actively exploited four zero-day vulnerabilities in Microsoft’s Exchange Server. It is believed that nine government agencies, as well as over 60,000 private companies in the U.S. alone, were affected by the attack.

A popular Canadian airplane manufacturer, Bombardier, suffered a data breach in February 2021. The breach resulted in the compromise of the confidential data of suppliers, customers, and around 130 employees located in Costa Rica. The investigation revealed that an unauthorized party had gained access to the data by exploiting a vulnerability in a third-party file transfer application. Also, the stolen data was leaked on the site operated by the Clop ransomware gang.

The globally renowned computer giant Acer suffered a ransomware attack and was asked to pay a ransom of $50 million, which set the record for the largest known ransom to date. It is believed that a cyber criminal group called REvil is responsible for the attack. The threat actors also announced the breach on their site and leaked some images of the stolen data.

#8 University of the Highlands and Islands

A cyber attack targeted the University of the Highlands and Islands (UHI), forcing the university to close all 13 colleges and research institutions to students for a day. Security professionals uncovered that the attack was launched using Cobalt Strike, a penetration testing toolkit commonly used by security researchers for legitimate purposes. This incident is just another in a series of cyber attacks targeting the education sector.

On March 20, 2021, the multinational IoT device manufacturer Sierra Wireless was hit by a ransomware attack against its internal IT systems and had to halt production at its manufacturing sites. Its customer-facing products weren’t affected, and the company was able to resume production in less than a week.

Security software provider Accellion fell victim to a breach targeting its file transfer system, FTA. Many of its clients were affected by the breach. Some high-profile organizations that got caught in the crossfire include grocery giant Kroger, telecom industry leader Singtel, the University of Colorado, cyber security firm Qualys, and the Australian Securities and Investments Commission (ASIC). A lot of confidential and sensitive data stolen from various companies by exploiting the vulnerabilities in Accellion’s FTA tool was leaked online.

Why is ransomware such a threat?

What is it about ransomware that makes it an attractive tactic for hackers?

The goal with a ransomware attack, beyond monetary gains, is “land and expand.” What’s tough is that the path inside often appears to be innocuous.

Remote desktop ports (RDP) have become one of the most common ways of infection.  However, another popular method is through an email phishing campaign or use of a trojan. With a lot of companies forced into a nearly entirely remote workforce model due to COVID, they became an easy avenue of attack.    Unwitting recipients are tricked into downloading or opening an attached file. Once opened, the ransomware can take over the victim’s computer or begin to spread over the network. Even worse is that typical security measures don’t work well, if at all, in cloud instances, another popular avenue to get work done for remote workers.  Another form exploits security holes to infect computers without the need to trick users, such as the SolarWinds attack, were able to infect a thought to be safe vendor provided software install.

Why can’t we stop ransomware?

You can’t stop what you can’t see. Once inside the network, the virus moves freely, unseen, seeking out, exfiltrating data, and ultimately locking out organizations from their own infrastructure.

This happens because the majority of cybersecurity tools, such as network perimeter monitoring, provide protection for approximately 20% of the total traffic. Most companies don’t have real-time visibility into east-west network traffic (the other 80%), and as a result, are ill-equipped to detect malware, ransomware, and other intrusions before they have a chance to do real damage.

For example, traditional IT security tools tend to be siloed, with no simple way to aggregate or prioritize the results leading to many false alerts. Research reports that many companies receive more than 5,000 alerts a day. This falls on highly trained, and costly  SOC analysts  who must be available 24x7 to analyze results and attempt to take the right action to remediate potential cyber threats. It’s clear that even highly staffed SOC teams can’t investigate all of these alerts effectively.

When evaluating cybersecurity solutions, organizations should rate them against five critical criteria. These steps will not only give them the upper hand against ransomware, but also all other forms of cyber threats.

ARIA Cybersecurity Solutions has taken a different path when developing our threat detection and response solutions. Unlike other providers, we start inside the network to generate complete enterprise-wide traffic visibility and analytics. This helps our cyber security solutions assist in two important ways: improve the performance of your existing security stack or deploy full AI-driven SOC capabilities within a single platform.

Don’t let ransomware knock your business out of commission. Learn how our ARIA Advanced Detection and Response (ADR) solution can help you detect and automatically stop threats and attacks, all without the need for manual intervention.